"A question never asked is an answer never given"

The Real Estate Board of Greater Vancouver (REBGV) awarded REALTOR® Jody Squires the 2018 REALTORS Care® award for his tireless fundraising and charitable efforts.

Jody works at RE/MAX Sabre Realty in Port Coquitlam and is co-director of the RE/MAX Sabre Golf Tournament, which raises approximately $20,000 each year for local charities. 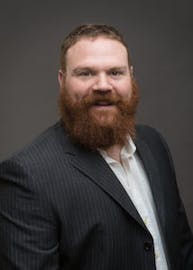 “Jody epitomizes the charitable spirit within our Realtor community,” Ashley Smith, REBGV president said. “While he’s a go-to person in his office for raising money for charity, it’s his personal acts of kindness that make him a standout.”

In 2017, Jody learned that the infant daughter of a colleague had cancer. Wanting to help, Jody organized an auction to shave off his trademark beard. That effort raised $10,000 for the girl and her family.

Using money Realtors raise at RE/MAX Sabre Realty, he also acts as Santa Claus each year, delivering gifts, food and clothing for people receiving services at a women and children’s shelter in the Tri-Cities.